About us The El Chifrijo Story 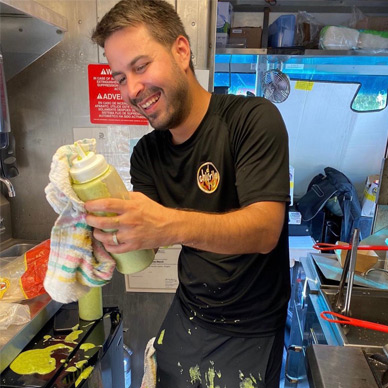 Marko is a chef from San Juan, who was trained in Costa Rica and adds a bit of European as well as Caribbean fusion into the food he makes.

After graduating culinary school in 2013 and with the help of his dad, Marko was able to fulfill his dream of owning and operating a food truck in Puerto Rico in 2015. Having a small growing business near the beautiful beaches was his dream and when Hurricane Maria devastated the island in September 2017, everything changed.

After 2 months of being unable to operate in any capacity due to supply shortages, infrastructure failure and no available electricity and no resolution on the horizon, Marko made the difficult decision to leave the truck behind and come to Dallas in search of work.

He lived in a small 1 bedroom apartment with 4 other Puerto Rican transplants and 2 dogs while he worked at a restaurant at the Dallas Farmers Market, making just enough money to get by. While working there, he met one of his friends & now business partner, Jonathan (who lived in the neighborhood).

With plenty of opportunities to cook for his new friends over the following months, Jonathan saw a unique investment and suggested they bring the El Chifrijo food truck to Dallas. The truck was shipped from the island and arrived on the mainland after a 2 week voyage on a barge in Aug 2019 to Florida. Marko and his childhood best friend Bernardo drove the truck to Dallas in a whirlwind 24 hour “road trip”.

Low season for the food truck industry is during the winter, so the expectation was that in the spring of 2020 things would be OK. They could use the end of 2019 and low season to create a new menu and start finding places to take the truck.

Obviously we don’t need to tell you what happened in 2020… but, this is where Marko’s husband, Allen comes into the picture.

The food truck managed to stay afloat despite the lack of work in 2020 because of the government bailouts and the first half of 2021 was still slow. In May, despite reluctance to work with his new romantic interest, Allen took over the sales and operations part of the business & El Chifrijo grew like gangbusters! Some of our most notable partners include: Dallas Arboretum, Perot Museum, Live! By Loews in Arlington for Cowboys game days and The Truck Yard to name a few.

One of the reasons Allen ultimately agreed to do it was because he realized (just as Jonathan did) that the quality and creativity of Marko’s El Chifrijo was unparalleled. At the end of the day, he knew it should be easy to market something he believed in, knows its different and has substantial quality.

In the end of 2021, the 3 business partners (Marko, Jonathan and Allen) decided that the natural progression for El Chifrijo as it became successful, was to move into the Delivery & To-Go market. They signed the lease at their Farmers Branch ghost kitchen on November 16 and on December 15th, they opened El Chifrijo To-Go (serving the Addison, Farmers Branch, Carrollton and N Dallas areas) which includes pickup and delivery options. Our motto: “We’re different, & we deliver!”

El Chifrijo continues to grow with our new sub-brand “VGF Caribbean Fusion” which features an exclusive gluten free & vegan menu based off the offerings from the core El Chifrijo core menu.

If you see the truck out, don’t miss the chance to taste our food. If you’re in the Addison area, come try us out. We look forward to feeding you!!! 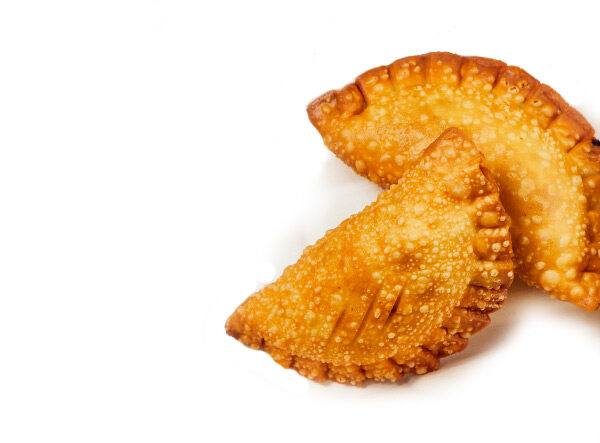